A place for Ellie to put their stuff.

This work is licensed under a Creative Commons Attribution-NonCommercial-ShareAlike 4.0 International License.

The end of the year! Time to spend everything that’s left over from the budget before the money magically disappears :D

For a while I’ve been considering putting together a little cluster of Raspberry Pi’s to give myself a playground for learning about kubernetes. With work winding down for the year, I finally managed to find a chance to do it, and with any luck I’ll have a better idea of how to k8s by the time I get back to actual client work in the next couple of weeks.

I love the fact that I can get a reasonably powerful computer for less than AU$100 these days. Sure, a Pi4 isn’t going to set any world records, but a quad-core ARM64 with 4GB of RAM isn’t anything to sneeze at. Adding the extra bits to make it actually usable bumps that price up a little, but it’s still way cheaper than it feels like it should be.

I figured I could set up a single node k8s setup, but it makes things a lot more interesting (and flexible) if I have some more nodes. So, I went and had a look at Core Electronics to see what I could afford with my budget. I ended up with four nodes, and a few extras to make them usable:

I also reused a bunch of bits I had stashed in my junk pile:

Putting the rpis into the tower case was pretty simple: each board screws into the mounting holes on one of the tower’s plates, with small acrylic washers used as spacers. Having attached each board to a plate, it’s a matter of just fitting the brass stand-offs - I started at the bottom layer and worked my way up, as the threads are longer than the socket on my little toolkit. Then the top plate (the one without a notch for the SD card) goes on top and is held in place with the regular screws. 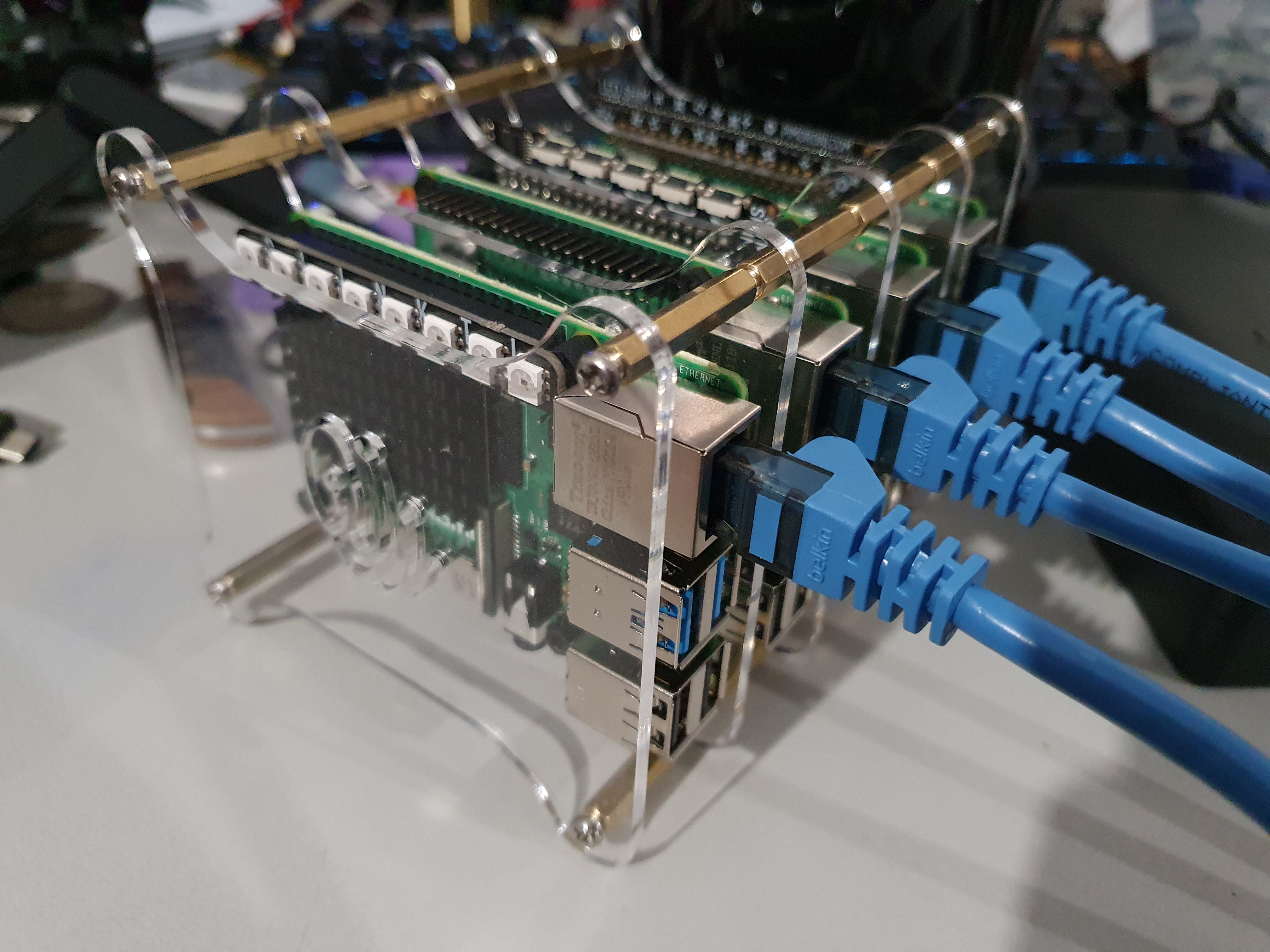 There’s a couple of things about this case I’m not entirely satisfied with. The biggest gripe I have is with the nylon screws that are supplied with the case for fixing the boards. The thread on these things is more or less non-existant, there’s nothing to grip because the heads of the screws are tiny and the nuts are even smaller. They’re (approximately?) M2 sized as well, which is smaller than the M2.5 mounting holes on the rpi, and the head of the screw is only just barely bigger than the mouning hole. I ended up replacing all of them with some of my stash of M2.5 nylon screws, although it was a struggle fitting them through the teeny tiny holes in the mounting plate and spacers.

It’s also a pain to get to one of the pis in the middle of the case. If something goes wrong you have to remove every layer above it to get to the damn thing. And of course while I was attempting to do cable routing, I essentially rebuilt the whole thing 4-5 times - since there’s no obvious way to route things cleanly.

On the other hand, it’s really convenient to get to the SD slots, there’s easy access to all of the ports and GPIO, and once it’s all together it’s a really solid little unit.

Looping the power cables around the stand-offs came out to be the simplest way to organise the cables. A liberal application of cable ties keeps them all in place, and also holds the Ethernet switch on the side! 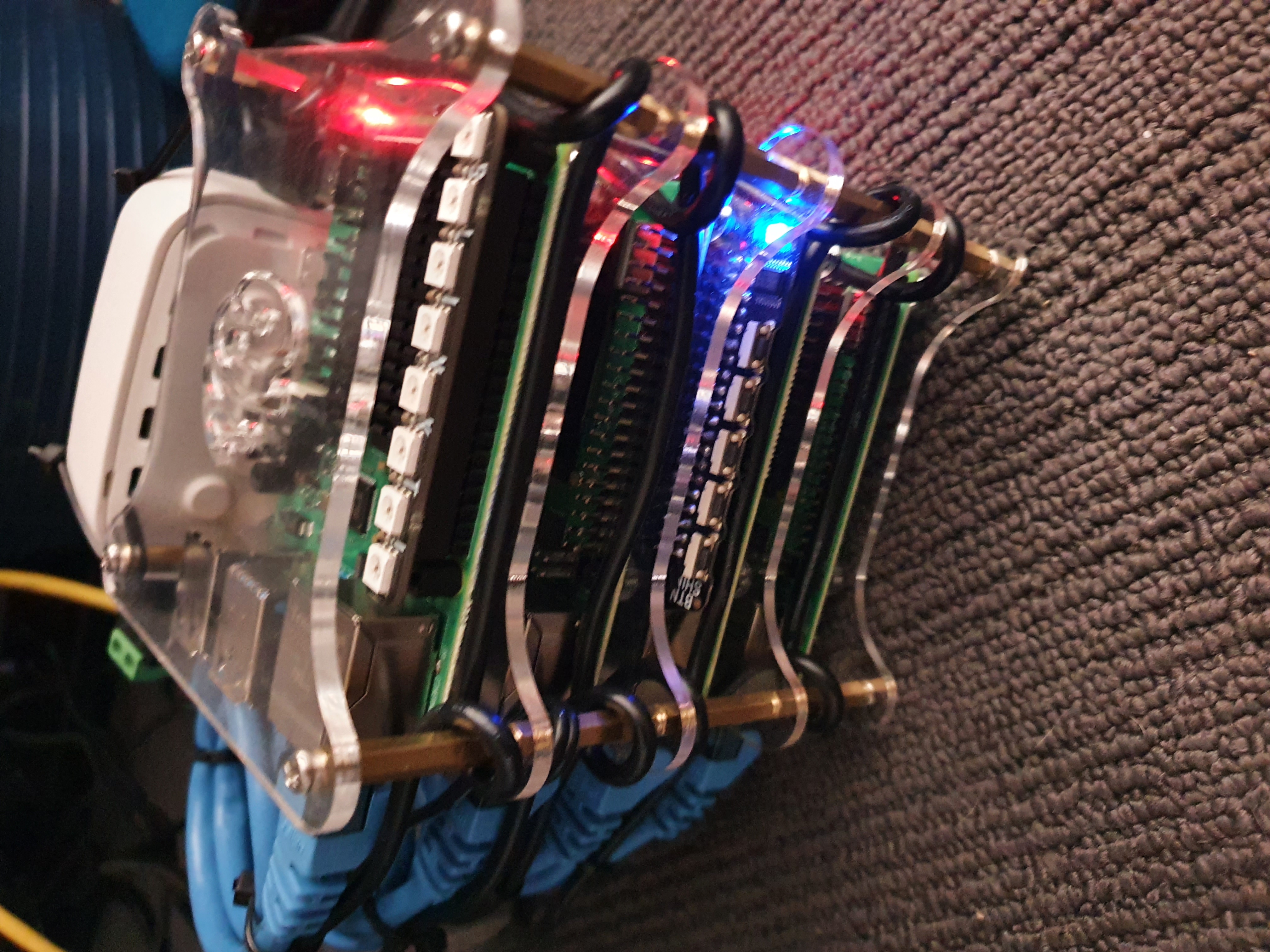 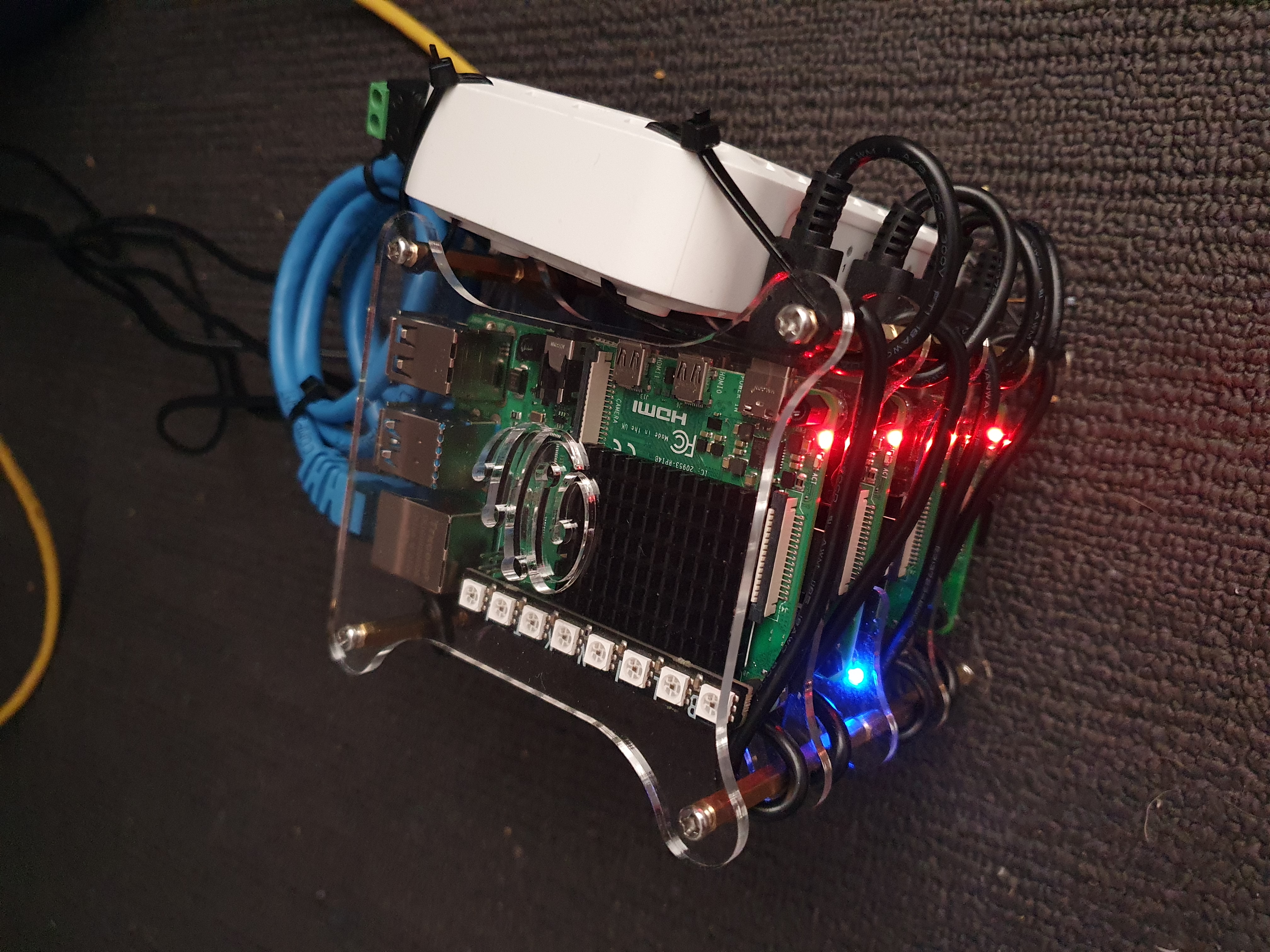 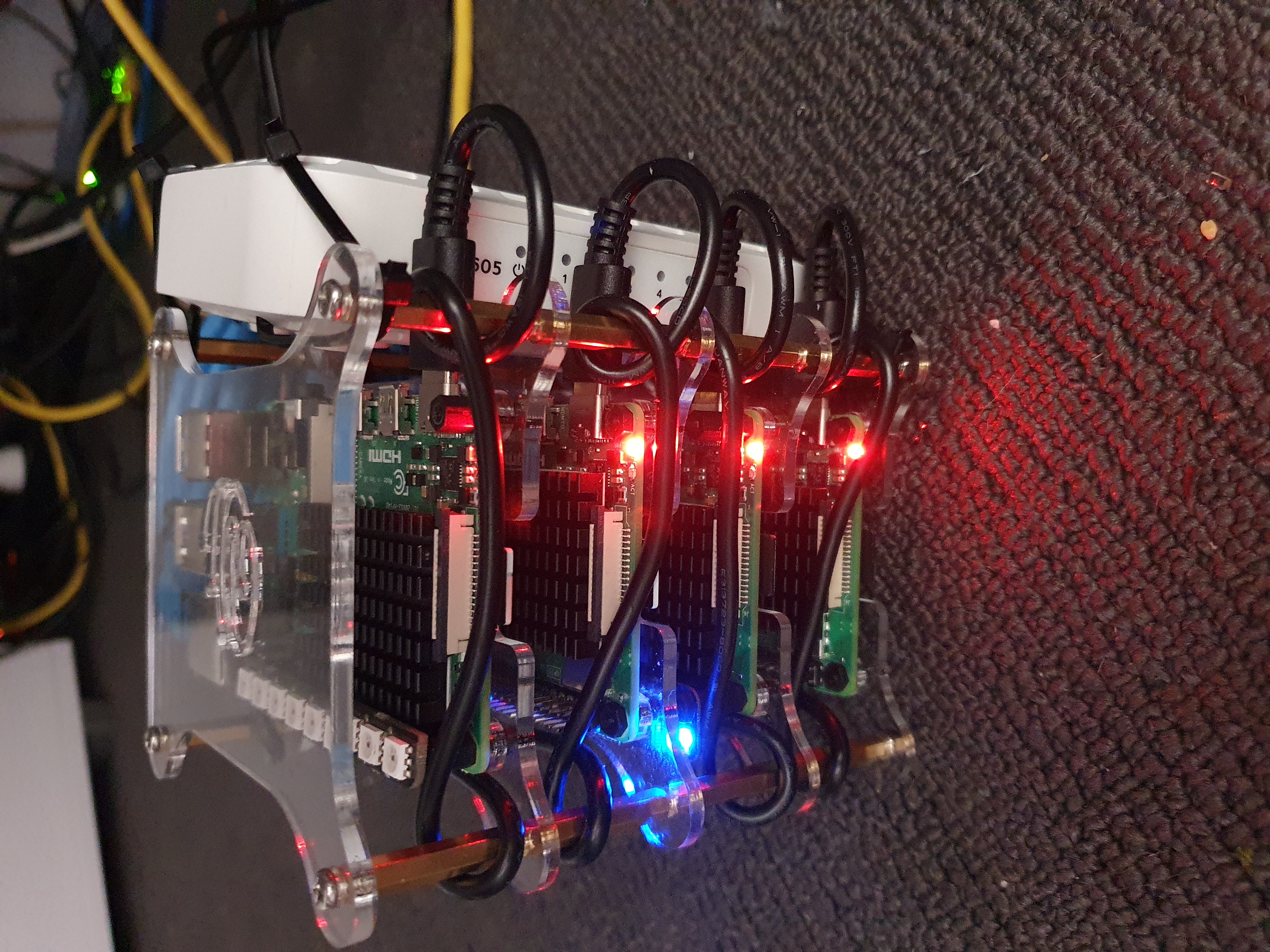 Future plans for the hardware